I am finding myself somewhat nostalgic and sad lately. The daylight is beginning to fade sooner and sooner, and while fall is usually my favorite season, September 2 marked the first year anniversary of my husband’s death. So I have been looking through family pictures of late, and went searching for these, as they are among my favorites of the past year – the first year without my husband of 44 years. While the post itself is far longer than six words, the title is exactly six, so I hope I can still use the Six Word Saturday hashtag.

I have written before about the fact that my good friends, Martha and Arthur, and I share our two dogs. Theirs is Teddy the Labradoodle and mine is Zoë the Miniature Schnauzer. When my husband and I returned to Northern California three and a half years ago and moved into our retirement community (St. Paul’s Towers), the grandkids were just 1 and 3½. Teddy was bigger than the 1 year old, obviously, but he was also awfully big for the 3½ year old. About a year ago, when they were 3 and almost 6, the two of them decided that it was time for them to start walking the dogs instead of just accompanying me when I walked them. So they became the walkers, and I became the accompanying and supervising person. The 3 year old was still rather scared of Teddy, but was comfortable walking Zoë. The almost 6 year was adamant that he wanted to walk Teddy by himself, without me holding on to the leash. Here is the result: he walking confidently on ahead with Teddy last February, when he was fully 6+ a few months. My granddaughter, Zoë, and I are lagging behind, in a perfect position to capture a photo.

Walking the Dog at Twilight 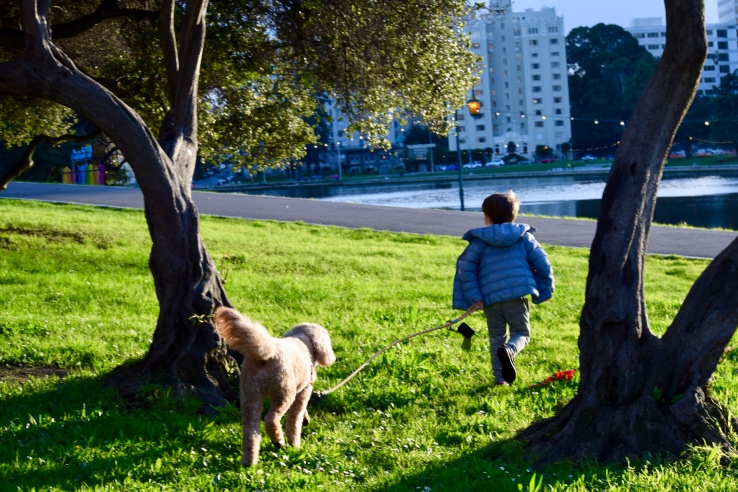 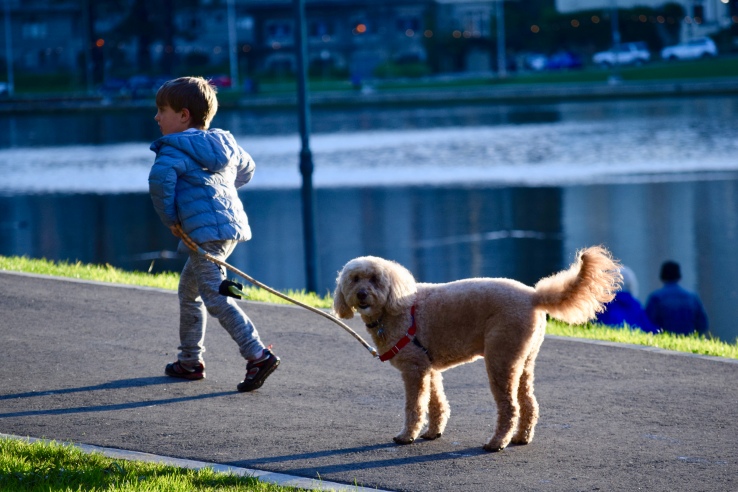 I love getting comments....... so weigh in! Cancel reply

Posts by month and year